If Im not mistaken, the first tribute band I had the opportunity to check out here on Long Island was Mystic Rhythms-Rush Thru Time, a tribute to Rush.  Before then, it had been either original bands or cover bands. The tickets were a birthday gift so I kinda felt obligated to go; Ive always had reservations about tribute bands and thought no one could possibly pull off the band they were emulating, much less Rush, a band I grew up on and quite familiar with their intricate music styles.  They blew me away! They actually kept their act true to form, from their wigs, clothes, guitars and even a fake nose, keeping it as real as possible. In addition to keeping it to true form, they remained a three piece; “Geddy” playing bass, keyboards, foot pedals and vocals actually sounding like Geddy while “Alex” played all guitars and minor backup vocals and “Neil” blowing me away with a spot on rendition of the real “Neil Peart”! Trust me, I kept a close eye on their schedule, unfortunately as I write this, Paul “Geddy” Armento informed me that there wouldnt be any reunion in the near future but not out of the question.

It wasnt until a few months later I had heard Indigenous were going to be coming to a small club in my area.  A place called 89 North. I had never been to the venue but I really wanted to break out my camera and shoot the show.  I reached out to the owner, Daniel Welsh and he gave the ok to come shoot a show a week before so I could see the set up and check out the lighting situation.  There was a three band bill, Bad Animals with Mike Mendoza of Twisted Sister starting the night off, followed by Refugee-A Tom Petty Tribute Band and headlining the night was Fleetwood Macked.  The moment Bad Animals hit the stage, any previous negative connotations I had about tribute bands were nil. Daena Dee and Diane Lutz, the Wilson Sisters were incredible! I had never heard anyone sing Ann as well as Deana and Diane matched the blond hair and guitar stylings of the real Nancy.  Unfortunately, the night had to be cut short. Guess who forgot to charge the battery or bring a spare? I shot a few of Refugee and even though my camera was dead, I had to stay for a few songs of Tom Petty. They too knocked it out of the park, emulating their music idol.

A few months later, Michael Ledesma, singer for Rock Of Ages reached out to me, asking if I could come shoot their show at Mulcahy’s Bar & Grill.  Rock Of Ages is a Def Leppard tribute band and being a big fan of the hair band era, I had to check them out. The night started out with Lay Your Hands On Me featuring Michele Miller on Bon Jovi vocals followed by Rock Of Ages. Micheal hit the stage with his Union Jack T-shirt and Joe Elliot wig and gave a spot on performance drawing the audience in, singing to them and slapping hi-fives.  All members, including Russell Bressloff, Chris Faille, Rik Nevone and Don Huerter certainly did justice to Def Leppard, it goes without saying, Ive been a huge fan of theirs since.

As they finished up their set, I grabbed the guys for a group shot, put my camera away and mosied over to my buddy Jay who had just ordered a drink.  Then, Completely Unchained hit the stage! I honestly didnt know who they were or who they were paying tribute to, that is until the curtain dropped and the guitar screamed!  Completely Unchained is the ultimate Van Halen Tribute band and was voted Florida’s best Tribute Band and I had to see them up close. I grabbed my camera and worked my way to the stage in front of Jake “Eddie” C Miller.  I was lucky enough to catch a snap of a trademark “Eddie” jump. Complete with Frankenstrat, Eddie Wig and Eddie coveralls, Jake was the real deal! Joining him on stage was Eugene Henrickson playing the role of Diamond David Lee Roth.  Again, complete with the lions mane wig, spandex pants, open shirt and sun glasses, gyrating hips, scissor split jumps and round house kicks, Gene not only has the moves, but can carry Dave’s tunes to a “T”. I proudly proclaim I am a tribute band fan!

I would be remiss if I didnt include Ozzmosis!  A couple of years ago, I noticed a rocker dude sharing the same crazy train as I did heading home from the city.  It wasnt long before I noticed his Ozzmosis jacket and quickly had to google them. Soon after that, they had a gig scheduled at the Freedom Tower, only blocks away from my office!  I asked “Ozzy” if I could snap a few pics of the show and he was happy to oblige me. Joining Ricky “Ozzy” Woods, was Jimmy T on drums, Mike “Machine Gun” Kelly playing the roles of Randy, Jake, Zakk and Brad and Zeke on bass.  Jimmy T was the one wearing the Ozzmosis jacket.

Since then, I have made every effort to catch all acts since and then some.  I have had the privilege to see Live After Death(Iron Maiden), Judas Priestess, Get Your Guns(Guns & Roses),  Dynamite(Scorpions) and Head Games(Foreigner).  I love the schtick and gimmicks but more importantly, the music!  Long Island offers every genre of tribute bands and I have had the opportunity to see a few more than already listed.  This year, I have a few more band goals to see. With venues like 89 North and Stereo Garden in Patchogue, Mulcahy’s Bar and Grill in Wantagh, Revolution, The Warehouse and Amityville Music Hall in Amityville, the list really is endless for this die-hard tribute band fan!  For full galleries, visit robarmstrongphotos.smugmug.com 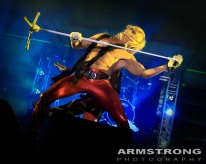 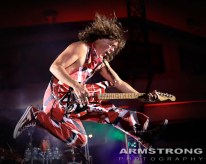 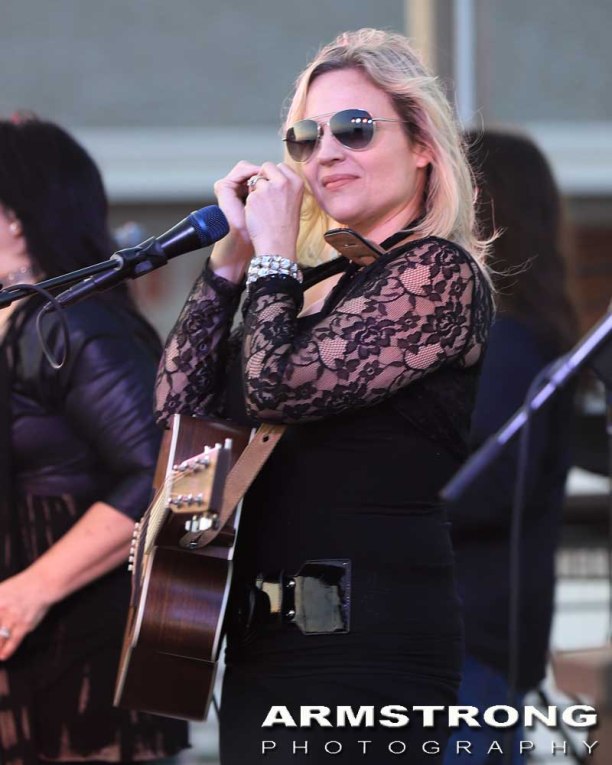 4 thoughts on “A Tribute to Long Island Tribute Bands”

Thanks for visiting Long Island Sounds!! I put together this blog to highlight the many artists that frequent this great Island of ours; from tribute bands like Completely Unchained (Van Halen), Bad Animals (Heart), Ozzmosis (Ozzy) and Rock Of Ages (Def Leppard) to International touring artists like Michael Schenker, Trans-Siberian Orchestra, Billy Gibbons and Los Lonely Boys.  Along with capturing the essence of the show, I also like to add a little blurb of my experience, which is why I prefer to call myself an “experiencer” as opposed to a reviewer or critic. As a former Entertainment Manager for 2-2200 seat performing art centers and a 476 seat greek style theater, I have been involved with high end sound systems, lighting designs, rigging & staging layouts and all components of concert production. So if I happen to say the lighting  sucked or the FOH (Front Of House) audio was horrible, it would be safe to say, I kinda know what Im talking about. It is not my intention to insult anyone’s venue, personal style or taste, its just how I “experienced” that particular show. Again, thanks for visiting my blog and I hope to bring you up close and personal to your favorite artists!