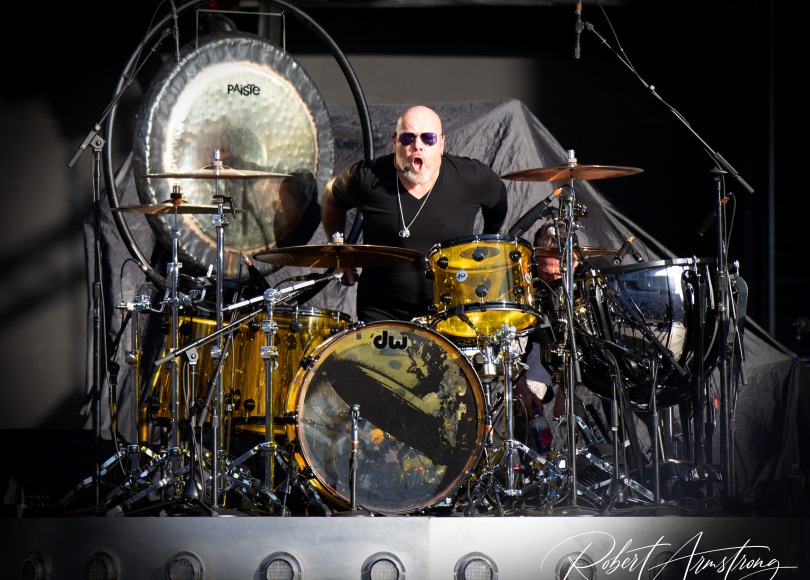 It was an amazing night of music featuring Jason Bonham’s Led Zeppelin Evening, Kenny Wayne Shepherd Band and Joe Bonamassa!  It was also a first time for me, shooting at Northwell Health Jones Beach Theater!  Unfortunately it wasnt as fun as it could have been!

When I got the approval, the email stated that the “photo policy is first 3 songs, no flash, from venue-designated area.”  However, when the pass was handed out, another photographer and I were led to the Front Of House area.  I was later told that the PR girl didnt make the rules, she just gets there and asks “whats happening today”?  Perhaps her direction is coming from above or maybe thats just how she does things.  Whatever the reason, the fun was taken out of shooting; all the shots were the same!  A thought also occurred to me that perhaps the video production team that runs the show for iMag, doesnt appreciate photographers “getting in their way”.  The only issue I have with that reasoning is that we only get to shoot the first three songs! After that, we’re out of their way!!

The evening started out with Jason Bonham’s Led Zeppelin Evening, playing all the classic Zeppelin hits sans Stairway To Heaven, which by the way Jimmy Sakurai never brought out the Gibson double-neck!  And once the three songs were over, I was ushered to my seat.  I actually had an extra ticket for the show but was unable to find anyone that wanted it!! During “What Is And What Should Never Be” I noticed Chris “Whipper” Layton, Kenny’s drummer and former Stevie Ray Vaughan’s drummer, standing near where I was sitting and he obliged me and took a selfie with me.

After Bonham’s set I headed back to the FOH location and waited for Kenny Wayne Shepherd.  I cant tell you what great musicians this band is!  So good in fact I had to turn around in my seat during one of his extended solos and tell the girls behind to “SHUT UP”!  Was I an asshole for doing that? Who cares!  They did and I was happy!

It was while we were waiting for Joe to hit the stage when I asked the PR girl about the photo pit.  I asked if she was going to be at the Korn show and after she confirmed I told her that it would be great if we got to shoot from the pit, “shooting from here, sucks”. She agreed but those were her orders.  Do I even have to say how great Joe was???

Aside from having to shoot from the FOH location, it got me thinking about other venues and their so-called rules.  One venue in particular, where I truly love to shoot at, has a barricade that serves absolutely no purpose other than restraining the photographers from doing their “job”!  Its positioned right up against the stage; not even security would be able to fit in the space between the barricade and lip of the stage!

But at the end of the day, I do appreciate the opportunity to shoot as many artists as I have the past couple years!!

Thanks to Ashley Gaskin for the credentials